It is with great sadness that our branch acknowledges the recent passing of Percy King.

Colin Percy King, known to us as Percy, joined the Australian Services Union on 26 September 2001, and was a very active participant within our Union’s leadership group for the last two years prior to his retirement. This coincided with the conclusion of his term of Office as Branch Executive Councillor (Energy/IT) at the 2007 ASU quadrennial elections.

He served for 5 years on our Energy/IT Industry Division Committee of Management and served as a credentialled ASU Delegate to UnionsWA Council.

Percy started work on 24 January 1966 and joined his first Union, the Postal Telecommunications Technicians Association (PTTA), that same day. Percy said that his father was very unimpressed when he discovered that his son had joined the union, and that this resulted in his membership being immediately terminated upon the direct instructions from his father.

Percy re-joined the union immediately and kept this fact a secret from his family for the next 4 years. Percy’s reasons for being the first person in his family to embrace the values of unionism resulted from the fact that the Menzies government had not helped his family one iota (11 children on a small, struggling farm).  Percy was always proud of his decision to embrace unionism on that first working day in 1966.

In 1971, Percy transferred to Moora in WA where there was no mention of union, despite the worksite having 100% density. After being there for one year, he managed to form a union sub-branch, and was able to push for improvements to married housing, plus the achievement of the first ever single men’s quarters South of the 26th parallel.

Percy moved to Mingenew / Dongara and then onto Geraldton, where he became Secretary of the union’s sub-branch and embarked on their first ever industrial action, (banning the provision of phones on visiting cargo ships).  This resulted in the introduction of free telephones for all but one of the technical staff (one person decided to disregard their industrial ban, and subsequently missed out on a free telephone).

In 1990 Percy returned to Perth from Karratha after one of his sons passed away and he then began to work on telephone exchange installations right across WA. Many improvements were achieved during the next few years, not least being a maximum period of 2 weeks away, allowing workers more time off to spend with their family (a divorce rate of approximately 80% was being experienced in Telecom at the time due to the prolonged absences away at work).

Deciding that a greater union involvement was required, Percy resigned from Telecom and joined the CEPU Communications Division as an Industrial Officer. This time taught him many things, and Percy was always proud to be able to say that his principles were never allowed to be undermined. Percy played an active leadership role while at the CEPU during the 3rd wave campaign (against the Court / Kierath industrial legislation), which is where he first met many of WA’s union members, officials, and organisers.

Percy joined the ASU in 2001, and worked tirelessly on behalf of ASU members within his various workplaces, and within our broader union.  In 2007 his contributions were recognised by the Branch Executive Council, who awarded him with Life Membership of the ASU WA Branch.

He spent a substantial amount of his time working on the first versions of our Union website and even worked for a period as a Member Services Officer, providing front-line advice to ASU members who called the office with issues.  It was during that time that he became a proud Grandad (Poppy) for the first time.  He never stopped grinning when he spoke of his Grandkids.

After such a long and active participation within the union movement, Percy’s loss on 31 December 2019 will not only be mourned by our ASU WA Branch Executive, members and staff, but by the wider union movement.

Percy was a true unionist who embodied the very best values of the “working class man”. We valued his experience and will always remember his wisdom and significant contribution to our union.

Percy is survived by his sons Jason and Kerry, and his four grandchildren.

Our thoughts and condolences are with the King family at this sad time. 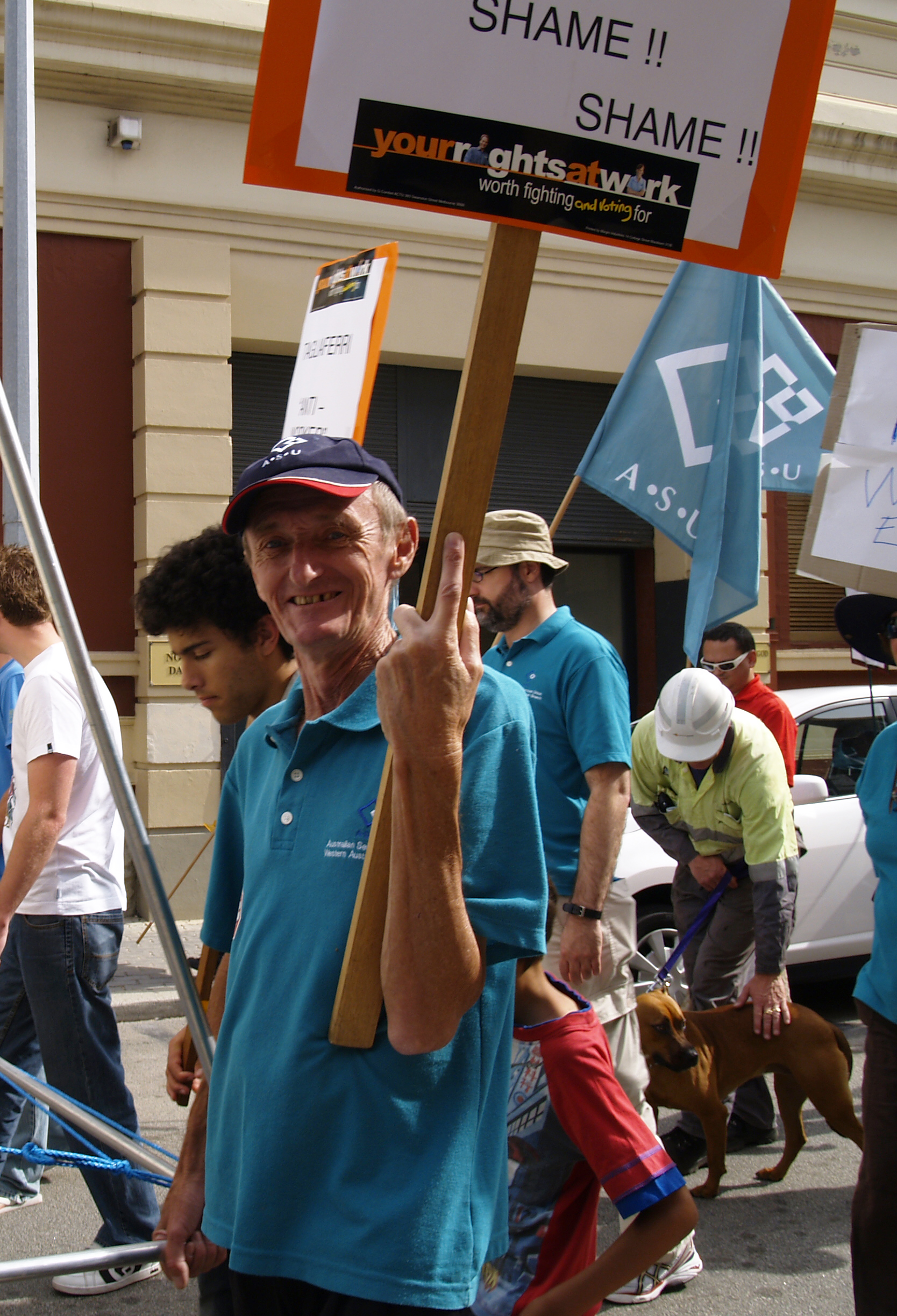