It is with sadness that the Australian Services Union Western Australian Branch Executive Council acknowledges the passing of Angela Hartwig on Wednesday, 16 December 2020.

Angela was dedicated standing against and domestic and family violence, and the support of those escaping domestic violence.  Through her extensive knowledge and work with survivors, support services and government, Angela contributed to making changes in Western Australia, in Australia and globally.

Her values and commitment lead to her supporting the Social and Community Services sector through her work at the Women’s Council for Family and Domestic Violence Services, of which she was the CEO for 25 years.

Her work was extensive, but there were two projects close to our union’s heart.

Locally, she raised funds to assist women escaping domestic violence, including the development of Funds For Freedom.  The charity raised funds through donations and events such as the annual International Women’s Day High Tea, which provided women with items such as beds and whitegoods as they rebuilt their lives.

Through her work at the Women’s Council, Angela brought the Canadian founded Purple Bench Project to Western Australia.  The project raises public awareness with the installation of purple benches bearing the words: "In honour of all victims of domestic homicide in WA. If you need advice and support please phone: Womens DV helpline: 9223 1188 or 1800 007 339".

There are over 100 of these benches in Western Australia and on 01 December 2020 the Branch Executive Council resolved to establish a purple bench in support of the project and in honour of Angela.

In 2004 she became Deputy Branch President before taking on the role of Branch Vice President (Women) as well as serving members for more than a decade as a National Conference Delegate from 2006 until 2018.

The Branch Executive Council recognised Angela’s extensive service to the ASU WA Branch and the Social and Community Services industry with Life Membership of the Australian Services Union WA Branch SACS Division in 2018.

Her passing is a profound loss that will be felt by the ASU WA Branch Executive, members, staff and the wider Social and Community Services community.

Our thoughts are with her family, loved ones and friends at this sad time. 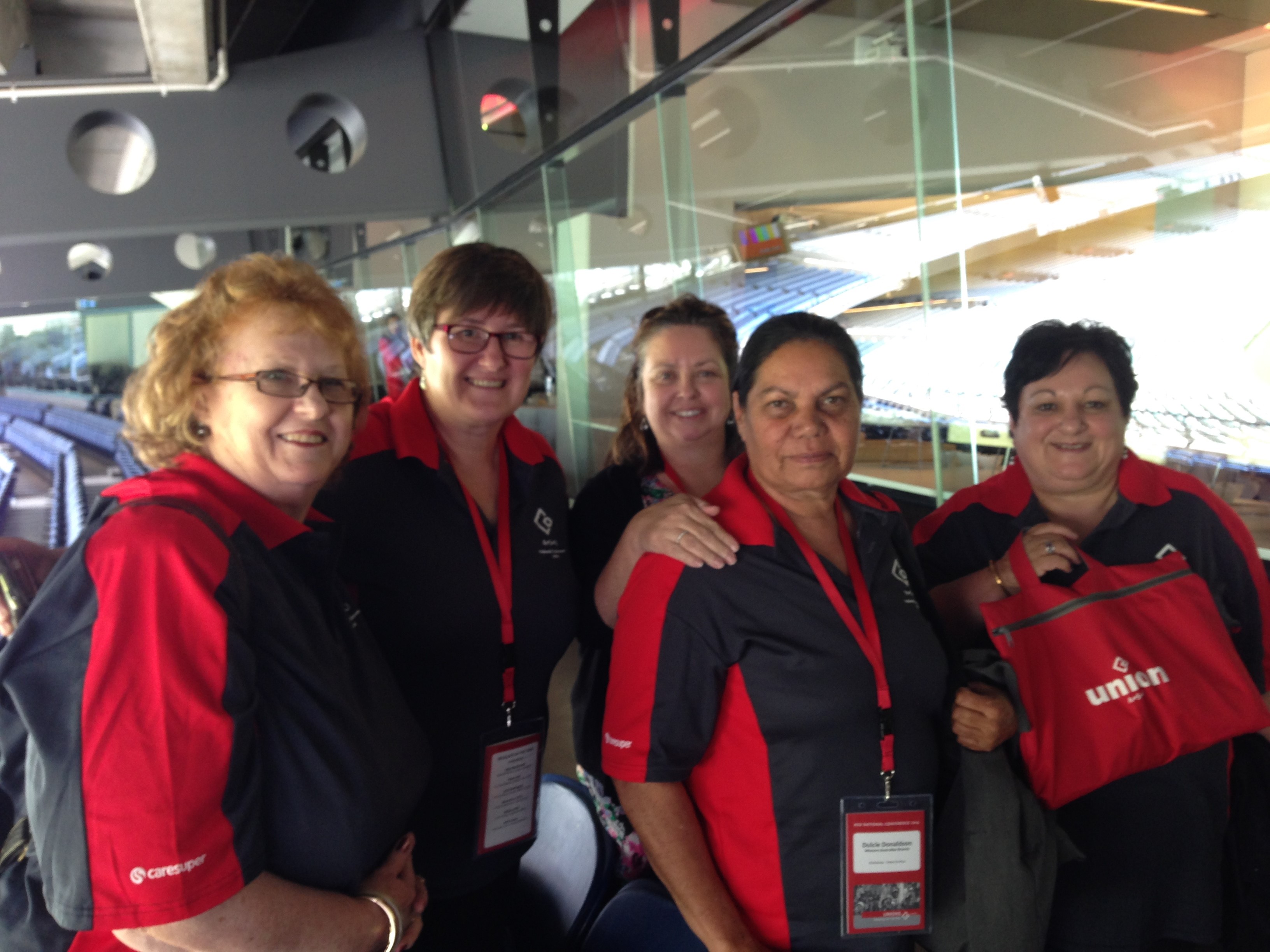